BY KAYODE KOLADE—-Unarguably, the decision, penultimate week to sanction the managementm of Oando Plc and the ensuing removal of its key directors by the
Securities and Exchange Commission (SEC), continues to generate a lot of commentaries and analyses on the issue now before a court of
competent jurisdiction. Away from philistinian sentimentalism and prejudice to the ruling of the court,and being the regulatory body
saddled with the arduous task of protecting the investors’ interest as well as ensuring that market operators/players ply their trade in
consonance with the best global practices, and ensuring the nation’s market reliability,  it is important to position the argument within the context of justice, equity, fairness and in
particular, the protection of the public and shareholders interest.
Without a doubt, Oando plc is a publicly quoted company, oiled by shareholders’ monies and held in utmost trust for the investing public, which translates to it not being a one-man or worse still a family company.

The injunction therefore, restraining SEC from implementing the recommendations in the forensic audit report could lead to protracted legal battles that could impact the company’s share prices on the Nigerian Stock Exchange (NSE).

Let whoever is affected by the recommendations in the report obey the
directives from SEC for the sake of our investments in the capital
market.
However, SEC must therefore be firm and holistic in handling all conflicts within the ambit of its regulatory powers towards protecting investors’ interest in the Nigerian capital market and should not allow its authority to be undermined if the outcome of the forensic audit was true.
The Oando saga is a big issue in the Nigerian capital market that needs a firm and holistic approach to restore confidence in the
capital market and adhere to the truth of corporate governance.

If the unfolding events between Oando and SEC are allowed to fester longer than necessary, it could dampen investors’ confidence and tamper with Nigeria’s integrity. As the international investment community/foreign investors are watching to see the manner the Oando issue would be
handled, as well as local shareholders and most especially retail investors, and the way it is handled will go a long way to determine
the success of the nation’s drive for financial inclusion and attraction of new retail and foreign investors returning to the
market, as well as safeguard investors’ confidence.

The Ag. DG of SEC, Ms Mary Uduk ought to be applauded for the courage in releasing the outcome of the forensic audit. 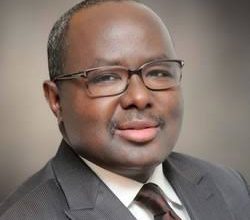