Now that the Asset Management Corporation of Nigeria (AMCON) (Amendment) Act 2019, has been signed into law by President Muhammadu Buhari, Hon. Justice C.M.A. Olatoregun of the Federal High Court at the weekend called on the Management of AMCON to adopt a new strategy and partner other sister agencies of the government to stop its debtors from contesting elections in the country thereby gaining access to political positions.

Olatoregun who made the call at the weekend as Chairperson of a one day seminar for External Solicitors and Asset Management Partners (AMPs) of AMCON and organised by the firm of Legal Academy said it was now the right time for AMCON to come up with a comprehensive database of its obligors and make such information available to bodies such as the Independent National Electoral Commission (INEC); Independent Corrupt Practices Commission (ICPC); Economic and Financial Crimes Commission (EFCC); Department of State Security (DSS); Nigerian Police among other sister agencies of the government so that AMCON obligors can be stopped from contesting elections or aspiring to leadership positions in the country ab-initio.

With this strategy, the jurist posited that when election is approaching, lawyers can boldly approach the court and get orders stopping such obligor candidates from seeking votes from Nigerians thereby helping the Nigerian economy. According to her, lawyers need to understand that the over N5trillion owed AMCON belongs to all Nigerians including the lawyers meaning that recovering the outstanding debt will have huge positive impact on the development of the economy of the Federal Republic of Nigeria.

According to her, it is sad that the Nigerian society has continued to allow AMCON debtors and people who cannot honour a simple obligation to contest elections and in most occasions win and eventually occupy exalted offices in the country. She fumed, “It is in our constitution that people of questionable characters and criminals should not contest elections but we are yet to see confident lawyers that can come out and challenge this people beyond reasonable doubt that they are not eligible to stand for elections as a result of their heavy indebtedness.” She also reminded her audience that the Asset Management Corporation of Nigeria (AMCON) (Amendment) Act 2019 has literally opened new doors, which smart lawyers can explore to help AMCON and indeed Nigeria recover these huge debts.

Speaking in the same vein earlier, Managing Director/Chief Executive Officer AMCON, Mr. Ahmed Lawan Kuru in his opening/welcome remarks lamented the huge outstanding debt of the corporation of over N5trillion, which will eventually become a burden to the Federal Government of Nigeria if at sunset AMCON failed to recover. He said the interaction was very important to AMCON because, besides being a regular interaction, which produces positive result in the quest to recover AMCON’s indebtedness, the seminar was the first since the amendment of the Act by the National Assembly, which has been signed into law by President Muhammadu Buhari.

The AMCON boss who said the amended act has provided additional powers to an already strong Act of AMCON said, “It was a challenging process, but we owe a debt of gratitude to the National Assembly and indeed President Muhammadu Buhari, GCFR for their courage and for putting the issue to rest and making the AMCON (Amendment No. 2) Act, 2019 a thing of the past.”

Kuru explained that it was not unusual to periodically amend the law that governs activities of organizations such as AMCON, to deal with obligors that constantly try to avoid, circumvent and totally deny commitments and obligations. However, the amendment according to him, can only be effective to the extent that solicitors of AMCON understand the Act and thereafter utilize the far-reaching powers that have been vested in the Corporation.

“The AMCON (Amendment) Act, 2019 is very robust, and we urge you to take advantage of the provisions to safeguard our collective public interest. That should be taken together with the 2010 Act and the 2015 amendment. It is important that we express our determination to recover the over N5.4trillion debt giving its implication on the economy. We should not allow a few individuals to escape with our commonwealth. And we want to do it within the confines of the law.”

In conclusion, Kuru urged legal practitioners in the country especially those handling AMCON related cases to sit up and test the full strength of the amended Act especially in the face of hard fighting obligors of AMCON in the overall interest of the economy and development of the country. 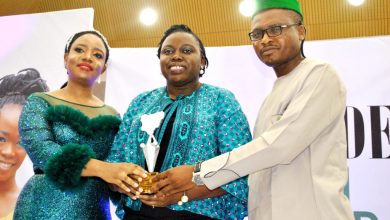 Heritage Bank Adjudged “Most Supportive Bank of the Year” 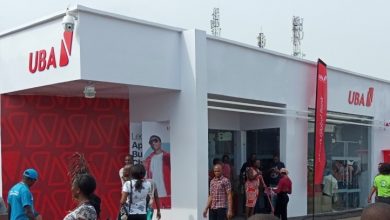 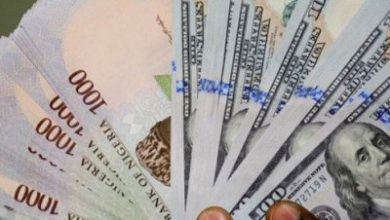