We published our Cost of Corruption paper a while back – back at the beginning of 2016 (in fact, we were very privileged to be able to present it to the Vice President of Nigeria before releasing publically).

In the paper, we showed that if we had the same level of corruption as Ghana since 1999 (return to democracy), our economy would have been over $100Bn larger in 2016:

We were also lucky enough to have the Economist pick up on our work:

The $20-billion hole in Africa’s largest economy – Corruption in Nigeria (Most Nigerians live in poverty. Millions would be spared if officials stopped pilfering from the public purse.)

Since that time, we have been cautiously optimistic that we are making some (uneven) progress in this area. New technologies (like the BVN in Nigeria) and regulation (like the Unexplained Wealth Orders in the UK, which seem ready to hit 2 prominent Nigerian Senators, and the Treasury Single Account) are slowly making it more and more difficult not only to divert resources, but also to hide and launder them. Whistleblowing is also helping. But we still have a long way to go and thought it important to again highlight the issue.

Obviously, when our GDP is reduced, and poverty increased, we get an increase in premature mortality. So corruption kills. When we published this paper originally, we did not go so far as to calculate the unnecessary deaths due to corruption. But we know how to make this calculation.

So the question for today is: should PwC Nigeria calculate excess mortality and publicize widely in Nigeria to again put the spotlight on what corruption is costing Nigeria? The Report (Steps)
Five steps where used in the report to estimate Nigeria’s cost of corruption.

The first step was to examine over 30 studies to understand the way that corruption affects GDP in Nigeria. The study was obtained from International organisations including the OECD, IMF, DFID and Transparency International, Nigerian Academics affiliated with Nigerian Universities published by other Academics across mediums such as journals, articles and PhD publications among others as well as in-house studies assessing the health of the Nigerian economy such as the World in 2050 publication. The IMF study was selected to estimate impact of corruption on economic growth.

The second step was to identify the impact of corruption on economic growth using the IMF study. The study estimates that the impact of 1 point change in the corruption index results in a 1.2 percentage point change in economic growth per annum. The study’s methodology – calculating impact on growth when a country moves from its own rank to another country’s rank on the corruption index was also used.

Third, Transparency International’s Corruption Perceptions Index (CPI) was also used as a proxy for corruption; this dataset defines corruption as the ‘abuse of public office for private gain’ and the index was categorized into three parts; Grand corruption, Petty corruption and Political corruption.

The fourth step in the report created 3 scenarios that show the lower levels of corruption that Nigeria could have achieved in the past and can achieve in the future while the fifth step calculated the impact of corruption on economic growth and output for each scenario. 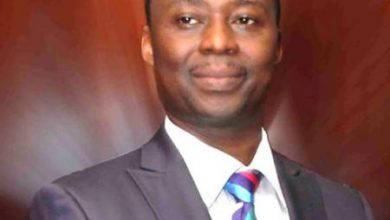