Her Majesty The Queen will present Hauwa Ojeifo, Isaac Ezirim and Kennedy Ekezie-Joseph from Nigeria with a Queen’s Young Leaders Award at a special ceremony at Buckingham Palace, London, on Tuesday 26th June. The Awards recognise the work that young people from across the Commonwealth are doing to transform lives in their community and beyond.

Hauwa from Lagos will receive a Queen’s Young Leaders Award for the work she is doing to tackle the stigma around mental health, running a women’s support group called She Writes Women, which focuses on mental health support and outreach among some of the most vulnerable people in the community.

Isaac from Lagos will receive a Queen’s Young Leaders Award for the work he is doing to teach coding to teenagers in low-income areas, founding Teens Can Code which is currently training 200 teenagers how to build web and mobile applications using the same tools that are used by professionals in the tech industry.

Kennedy from Calabar will receive a Queen’s Young Leaders Award for the week he is doing to promote women’s rights in Nigeria, founding the Calabar Youth Council for Women’s Rights (CYCWR), which supports the rights of women in the areas of female genital mutilation (FGM), domestic abuse, forced child marriage and access to education for girls.

Hauwa, Isaac and Kennedy were selected following a competitive process involving thousands of applicants across the Commonwealth. Together they join a network of 240 powerful young leaders, from 53 Commonwealth countries, who are driving change to make the world a better place.

Hauwa Ojeifo, 26, said: “I’m so excited to set off to the UK this June for the Queen’s Young Leaders Residential Programme. Meeting Her Majesty The Queen is a once in a lifetime opportunity and I’m looking forward to making the best out of it. I also can’t wait to meet with all of my fellow Queen’s Young Leaders and share ideas on work and experiences. What an honour it is to be part of this diverse group of innovative leaders across the Commonwealth.”

Isaac Ezirim, 28, said: “I am so excited to set off to London for the Queen’s Young Leaders Residential Programme. It’s a once in a lifetime opportunity to meet Her Majesty The Queen and some of the Commonwealth’s most inspiring, change-creating leaders who care about the world around them and the way it is working. I look forward to this incredible experience and the opportunities it presents.”

Kennedy Ekezie-Joseph, 20, said: “In a few days I will head to Cambridge and London to participate in the Queen’s Young Leaders Residential Programme. Through this incredible opportunity, I will immerse myself in training and networking with other Queen’s Young Leaders who are creating amazing impact around the Commonwealth. This Award means so much to me and my community, and I hope to leverage the opportunities afforded me in this programme to contribute further to the growth of my society, and the world. I am really excited and looking forward to my time in London, and to meeting Her Majesty The Queen.”

The Queen’s Young Leaders Award winners take part in a year-long leadership course run by the University of Cambridge and receive bespoke mentoring. They will visit the UK for a programme of high-profile networking opportunities, meetings and training designed to help them develop as leaders and work with ever greater impact.

Later this month, during their time in the UK, Hauwa, Isaac and Kennedy will visit 10 Downing Street, take part in masterclasses at the BBC World Service and the UK Headquarters of Facebook. Award winners will then meet with the Commonwealth Secretary-General and High Commissioners from across the Commonwealth, before receiving their Award from Her Majesty The Queen at Buckingham Palace. They will also attend workshops at the University of Cambridge and visit projects that are changing the lives of vulnerable people in the UK.

Dr Astrid Bonfield CBE, Chief Executive of The Queen Elizabeth Diamond Jubilee Trust said: “Through selfless determination, the Queen’s Young Leaders of 2018 are dedicating their lives to bring positive change to those around them. Their visit to the UK this June provides them with a unique opportunity to connect with each other and gain valuable lessons from experts and leaders from all walks of life which we hope will help transform the reach of their endeavours for many years to come. I am delighted that the work they are undertaking is being recognised by Her Majesty The Queen and I look forward to meeting this year’s winners and celebrating the remarkable difference that they have already made all over the Commonwealth. Now that we are in the fourth and final year of this special programme, we look proudly on the network that is the Queen’s Young Leaders and feel confident that the future will be driven by their courage and commitment towards making the world a better place.”

The Queen’s Young Leaders programme was established in 2014 by The Queen Elizabeth Diamond Jubilee Trust in partnership with Comic Relief, The Royal Commonwealth Society and the University of Cambridge’s Institute of Continuing Education, in recognition of The Queen’s lifetime of service to the Commonwealth. 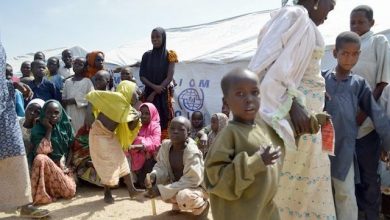 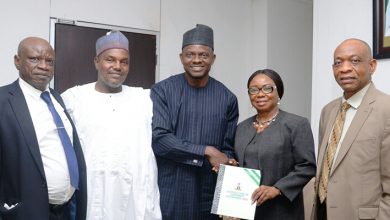