Data from the CBN’s recently released H1 2018 report reveal that a total volume of 596 million transactions was recorded on electronic payment channels in the first half of this year, compared with 462 million in the same period of 2017. As expected, ATM transactions dominated with a volume of 429 million.

Internet subscriptions directly correlated with electronic transactions stood at 103 million as at end-June, according to the Nigerian Communications Commission (NCC). This translates into a penetration rate of 56%. However, we do note that there has since been an increase in internet subscriptions to 106 million in September.

Based on data from the Nigeria Inter-Bank Settlement System (NIBSS), total active bank accounts as at H1 2018 stood at 73 million, pointing to 39% potential exposure (of the population) to electronic payment transactions. In this context, the CBN report disclosed that there were 18,052 functional ATMs across the country in the same period.

According to the report, slightly over 185,000 PoS terminals were deployed during the period under review. The CBN data show that 120 million PoS transactions were recorded in H1 2018, representing an increase of 103% y/y. The volume of point-of-sale (PoS) transactions indicates the impact of the CBN’s cashless policy on the economy.

Meanwhile, mobile payments amounted to 28 million transactions valued at N495bn (US$1.6bn) in H1 2018. The volume of transactions grew by 14% y/y but accounted for only 4.7% of total electronic transactions (see chart).

Volume of electronic payment transactions (%), H1 2018 Proshare Nigeria Pvt. Ltd.Sources:: CBN; FBNQuest Capital Research
Deepening financial inclusion through financial technology (fintech) can boost investments, reduce poverty, and help build stronger institutions with less corruption. To achieve this end, there needs to be an adjustment to the model to allow greatly increased collaboration between telecommunications operators and banks. We understand that the CBN is currently engaging stakeholders in an attempt to move fintech forward. 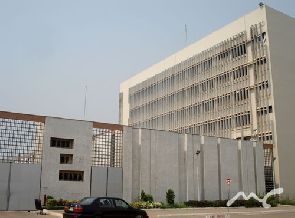