The World Bank Mission of 10 executive directors currently in Nigeria disclosed yesterday that part of its focus was to understand how the power sector is evolving in the country.

The delegation led by Mr. Patrizio Pagano arrived Nigeria on Wednesday to hold high-level discussions with the Vice President, Prof. Yemi Osinbajo; Minister of Finance, Mrs. Kemi Adeosun, and some governors over the bank’s projects in the country as well as private sector players, among others.

Speaking during a meeting with Adeosun in Abuja, Pagano explained that the team was in the country to acquaint itself with the government’s growth and power priorities.

“We have met with several Nigerian entrepreneurs and have seen how vibrant the private sector is. We want to understand how the power sector is evolving in Nigeria,” Pagano said.

The World Bank officials had earlier met with the organized private sector in Lagos and undertook a tour of LAPO Microfinance projects in Lagos.

The bank’s 10-executive directors, representing 96 countries, are expected to inspect the Azura Power Plant in Edo State in the course of their three-day visit to Nigeria.

The visit is expected to provide a first-hand impression of the challenges that both the federal and state governments face in implementing development projects as well as ensuring good governance overall.

It will further enhance the goal of the bank for member-countries and the effectiveness of the executive directors in providing the necessary support.

A statement issued by the Special Adviser on Media and Communications to the Finance Minister, Mr. Oluyinka Akintunde, said while receiving the delegation, Adesoun had stated that the federal government would mobilise more revenues to drive its growth plan for the economy.
She stated that the government would accelerate Nigeria’s growth level as well as improve the ‘Ease of Doing Business’ initiative in the country.

The minister stated: “The Nigerian government is working towards accelerating the country’s growth level. The growth will be underpinned by stimulating the ‘Ease of Doing Business’ in Nigeria and improving our capital expenditure which we have done in the last two years.

“Nigerians should trust the government to deliver on its promises of improving the economy and providing sustainable infrastructure development. We are very optimistic but we will remain vigilant.”

The minister revealed that the country’s taxpayers’ base had risen from 14 million in 2016 to 19 million in 2018, grossing additional five million taxpayers into the system.

Continuing, she said: “By 2019, the growth will be stronger than the present level in 2018. We are optimistic in sustaining Nigeria’s economic growth. That is why we are driving the mobilization of more revenues.

“We have been able to grow the taxpayers’ base to 19 million in two years from the 65 million economically active people who are not taxed complaint.” 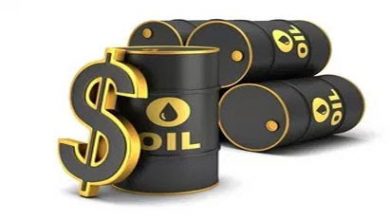 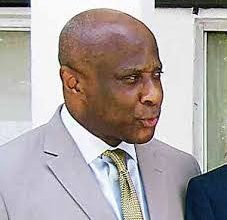